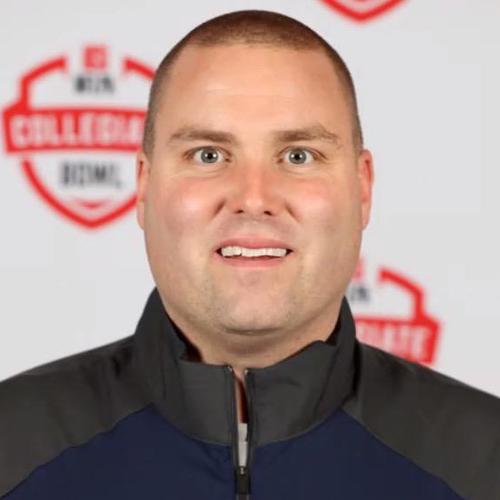 Talks covered by this speaker

Have you got yours yet?

Our All-Access Passes are a must if you want to get the most out of this event.

Coach Rob Everett is an innovative coach and football teacher with 20 seasons of coaching experience. He believes in the power of ownership in player education and development and works tirelessly to reach all learners in the way they learn.

In the spring of 2019, Coach Everett joined Mike Singletary’s staff in the Alliance of American Football League. With the Memphis Express, Coach Everett held a variety of roles; Tight Ends Coach, Assistant to the defensive coordinator and coordinated the analytics and advanced scouting departments.

From 2016 to 2018, Coach Everett was the Defensive Coordinator at Bridgewater College in Bridgewater, Virginia. The 2018 Bridgewater defense lead the conference in total defense, 3rd down efficiency, fewest 1st downs and red zone defense.

Coach Everett has an education degree in Mathematics from the University of Michigan and currently resides in Huntsville, Alabama with his wife Lisa, and sons Bo and Joey.

Want to sponsor? Contact us to find out more.