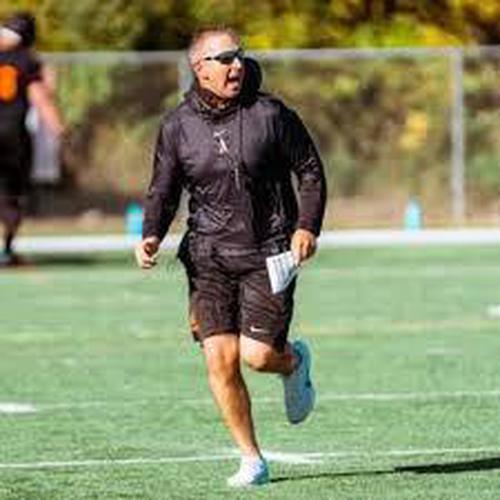 Talks covered by this speaker

Have you got yours yet?

Our All-Access Passes are a must if you want to get the most out of this event.

Kory Allen is entering his 15th season with the Oilers in 2020-21 and serves as the offensive coordinator. He will also head up the recruiting efforts.

Allen’s leadership along the line has helped the Oilers reach new heights on the offensive side of the ball.

The 2019 version of the Oilers offense scored 38 points per game and picked up 463 yards per game. Of Findlay's 11 offensive starters, nine were named all-conference selections, six of which were first team honorees. Four of Findlay's five offensive lineman were named all-conference including three first-team selections, two of which went on to earn all-American status.

2017 was a special season for the Oilers as they spent most of the year ranked in the top-25 and earned the program's first trip to the NCAA Division II National Playoffs. Offensively, the Oilers led the country in first downs offense (359) and was the only team in college football, any division, to pick up 3,300 yards both on the ground and through the air. Allen helped orchestrate an offense that led the Great Midwest Athletic Conference in scoring offense (44.5 ppg), total offense (515.5 ypg), rushing offense (260.9 ypg), and time of possession (34:26). Allen coached senior Andrew Alten to numerous all-American and all-region awards as well as the distinction as G-MAC Offensive Lineman of the Year.

In 2016, Findlay rushed for 189.9 yards per game and passed for 266.6 yards per game. Allen also coached Andrew Alten to first team all-GLIAC honors, making Findlay one of just two teams in the GLIAC to have had an offensive lineman on first or second team in every season since 2009.

In 2015, the Oilers established a new school record with 3,350 passing yards. His unit also paved the way for the Oilers to rack up 477.5 yards per game.

While at the University of Findlay, Allen has helped craft one of the best offenses in the country with proof from the multiple nationally ranked statistics he has produced. Under Allen's direction, the Oilers have been ranked:

Prior to coaching at his alma mater, Allen did a summer internship in the public and community relations department with the Buffalo Bills of the NFL.

Allen, a 2000 ONU graduate with a B.A. degree in sports management, was a three-year starter for the Polar Bears. As a senior, Allen served as team captain on the best team in school history. The Polar Bears advanced to the NCAA playoffs for the first time in school history and finished ranked fifth in the nation. At the conclusion of his senior season, Allen earned first-team all-OAC and first-team Division III All-American honors by both Hewlett Packard and Don Hansen’s Football Gazette.

Allen resides in Findlay with his wife, Gina, their two sons, Brady and Cody, and daughter, Gracie.

Want to sponsor? Contact us to find out more.